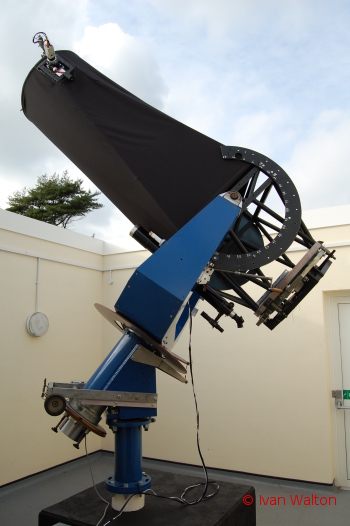 The Alan Young telescope is our major instrument at the CADSAS Observatory.  It’s a 22.5 inch reflecting telescope that was originally built and widely used, during the 1970s.

After several years of restoration and installation work by CADSAS members, the Alan Young telescope is now basically complete and operational.

There is still a lot to do to improve it further, but it is now usable for observation.

Recent steps have been to fit the remotely-controlled motorised focusser, complete with imaging camera, improve the polar and declination drive mechanisms and fit the black cover to protect and reduce stray light.

The Alan Young telescope is fitted to a polar mount, i.e. the axis of rotation of
the telescope is aligned with the Earth’s axis. The effect of this set up is that
as the telescope is rotated, it follows the path of a celestial object across the
sky.

In order to track objects, the only requirement is for the telescope to roll
around its axis at the same rate as the Earth rotates. With the Alan Young
this is achieved by using a synchronous motor driving a gear wheel at the
base of the telescope axis. The accuracy of this set up enables the telescope
to lock onto an object accurately for at least half an hour without correction.

In the Polar Coordinate system a position in the sky is designated by two
values. The Right Ascension, a value corresponding to terrestrial Longitude,
gives the angle (conveniently converted to hours and minutes) the object is
East of the Sun’s position at the Vernal Equinox and the Declination, a value
corresponding to Latitude, gives the angle the object is above the Celestial
Equator.

Moving the telescope in Right Ascension is relatively easy but
Declination movement is harder to achieve with accuracy. When it was first
constructed the Alan Young telescope’s declination was adjusted manually
with fine adjustment being achieved using a hand-turned screw; our ambition
is to fit an effective, motorised declination system which can be run from the
telescope control room.

Neil de Villiers, our Treasurer, designed and constructed the declination drive
shown in order to prove the concept. He ingeniously used parts from an old
washing machine, so keeping the cost to a minimum, his drive being run by a
stepper motor controlled by computer. It works well but is limited mainly
because it uses a belt to provide the final movement of the telescope which
results in there being random backlash in the system, that is, when the
direction of movement is reversed there is slack in the belt which must first
be taken up before the telescope starts to move. As a proof on concept it is
a big success but unfortunately it is not able to position the telescope with
sufficient accuracy without making multiple attempts. 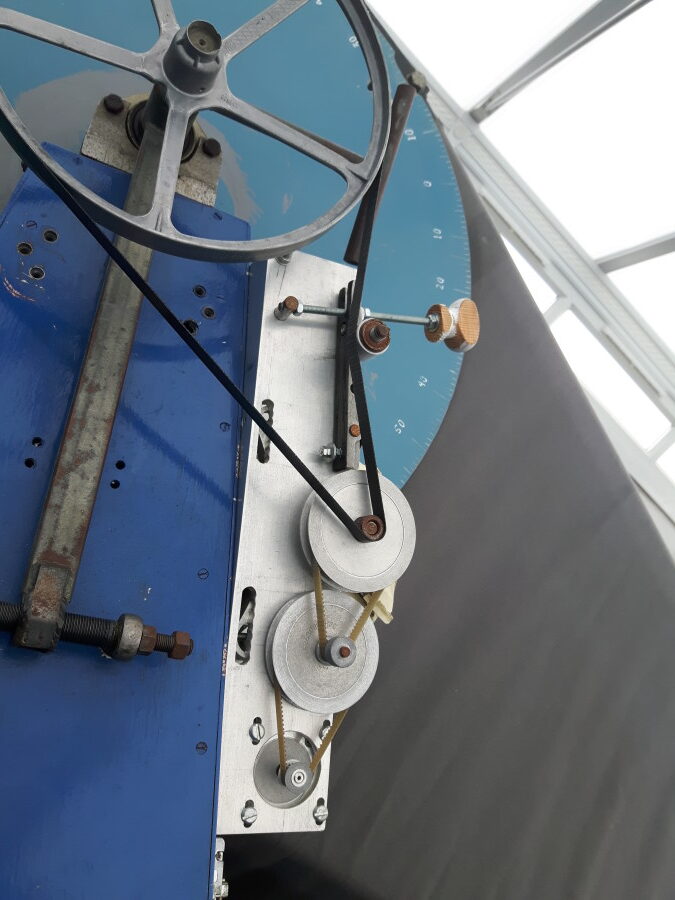 A new declination drive has been designed by member Terry Martin based on
an anti-backlash gearing system designed and built by Barry Linger a
specialist gearing engineer. We are grateful to Barry who volunteered to do
this without charge and also to Crest Engineering of Marden who constructed
the gear blanks to Barry’s specification.

The gears are to be driven by a large stepper motor controlled by a computer programme written by our webmaster, Kevin Brown. It is hoped that by the end of the summer we will have this system fitted to the telescope and working, enabling us to set the telescope declination with an accuracy of better than half a minute of arc.

Once we are able to quickly and reliably set the telescope declination,
observing with the Alan Young should become much easier and more productive.

As we move from summer into early autumn and the evening
skies become darker, our program of viewing evenings will begin again and
the Alan Young will be busy.

Do watch the website traffic-light to know when we will be open. We do hope members and guests will be able to come to the observatory and join in our observing sessions.

The gears for the new declination drive and the new stepper motor have now been fitted. See the photos below. We are now testing it together with new control software. 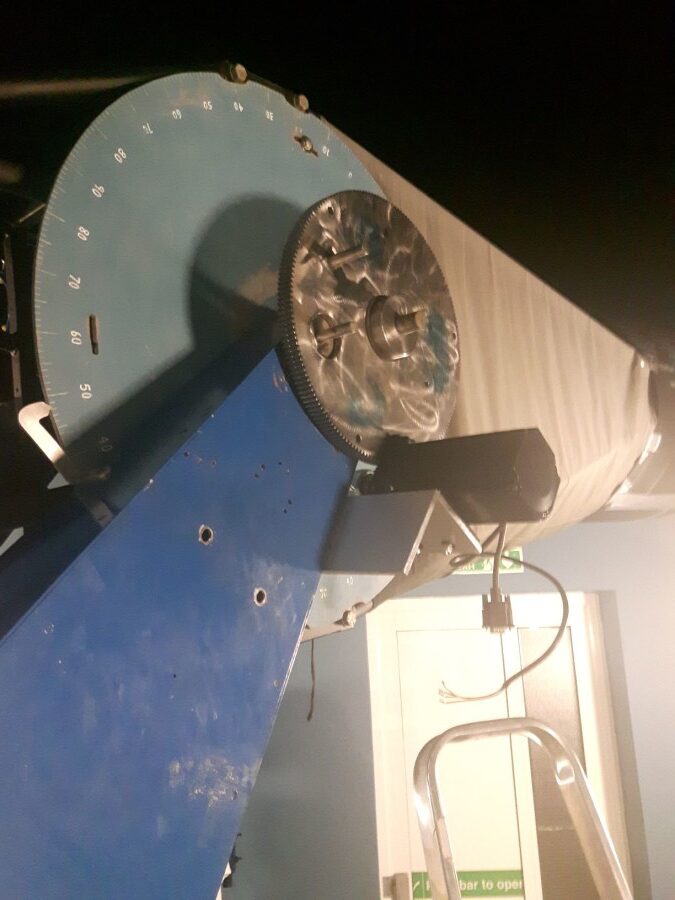 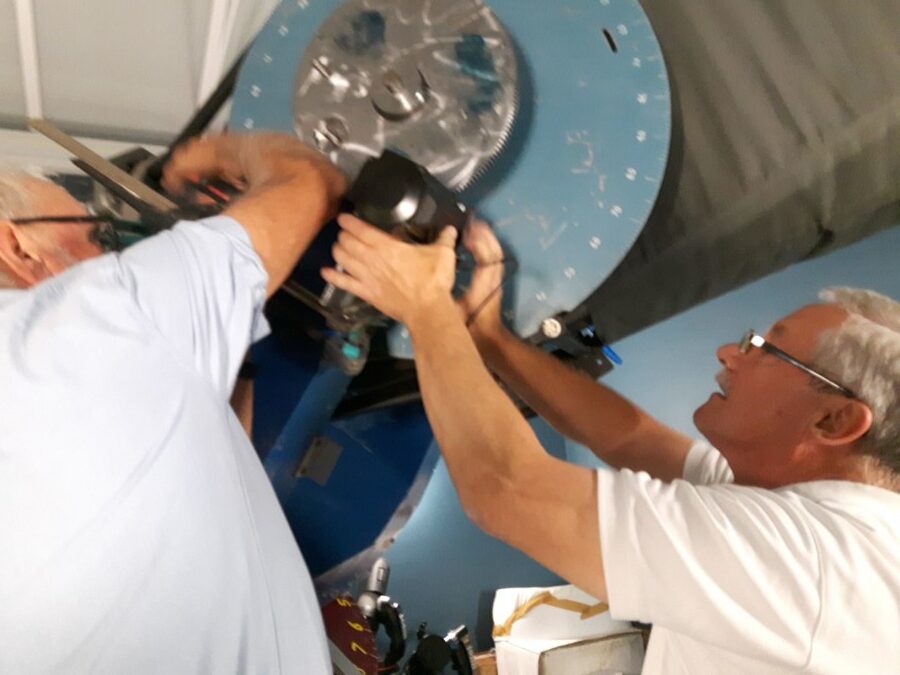